Matt Krefting writes about Your Object
Diagram: A Your Object (Open Mouth)
Dan Greenwood has operated as Diagram: A for nearly two decades. Long before his home, Western Massachusetts, had anything resembling an active noise scene, Greenwood was altering old telephones, constructing masks and sleeves with built-in contact mics, amplifying tin cans, and fashioning an insular world of noise, obsessing over his own carefully-crafted systems of failure. Your Object, Diagram A’s third release for Open Mouth, devotes four sides of vinyl to his continuing task of tearing apart dead air to expose its rotting innards.
The lead-off track, “Coyote Oscillation,” is a study of profoundly dysfunctional rhythm, a maddening, unrelenting, never-quite-repeating series of severe punches. As the cycle of distortion slams into itself, stutters, and tries to repeat, it’s difficult to tell if there are a few minutes being repeated and run through different effects, or if this is a seconds-long fragment hopelessly and continuously shorting out. The sounds themselves are harsh, yet a greater harshness lies in the frustration wrought by the inescapable mangling of rhythmic expectation. It is a startling piece of music.
“Control Arm” begins life as a high-pitched, static buzz which quickly rips apart, exploding into a frantic series of distorted, violent twitches. One of the record’s highlights comes when the piece runs out of gas and tries to restart, a broken lawnmower lurching back into sputtering action. “Individual Cell/Cartridge Slot” finds a flurry of electric snowflakes echoing into the night and encountering blankets of static waves. Currents slide from side to side with eerie grace, offset by a manic dance of shards in the foreground.
“Crypt of Lieberkühn” (the title betrays Greenwood’s interest in internal organs) rounds out the set. After an opening battle between a thick, round tone and some skittering scraps, the second half features the album’s most traditionally musical passage. A slow pulse, the first graspable rhythm of the record, is attacked by a creeping swarm of electric trash, and the mounting chaos creates an extended coda of real power. Of course, even this moment ends abruptly, pulling the plug on itself and flailing around like an unattended garden hose spraying amplified dirt as the record draws to a close.
These pieces act as frenzied snapshots of tedium, violence, and grotesque curiosity. Your Object is a potent statement from a tireless and devoted practitioner intent on forging the music of the guts. It is a reflection of Greenwood’s vision of our monstrous internal worlds, a place where physiology and psychology tear free of their normal operating systems and spill out in a horror show of malfunction and endless, screeching struggle.
Posted by DIAGRAM A at 8:42 AM 1 comment: 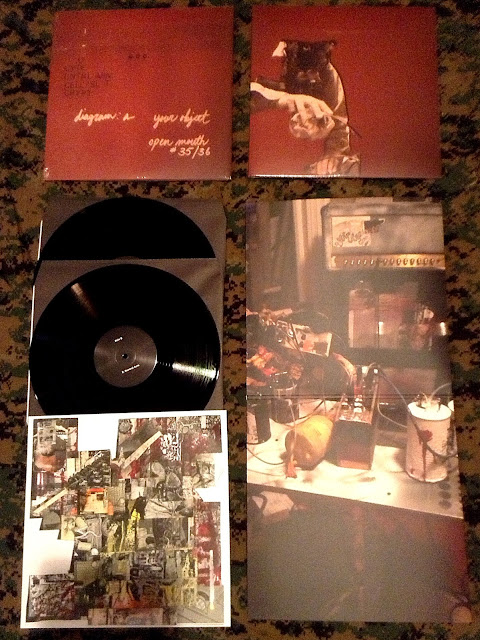 Diagram: A
"your object"


"Diagram:A exists in the tendons that connect Western Mass basement dada, the psychedelia of repetition, sculpture, and an idiosyncratic sense of composition and space. It is the sound of electricity, systems connecting and breaking down. An expression simultaneously personal and inhuman. Gatefold 2LP in an edition of 250 with cover art by Bill Nace and insert art by Dan Greenwood."

RRRecords has it.. and has supported lots more Diagram A shrapnel over the years.. collect things 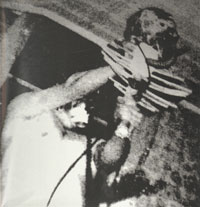 3. Gotta say side two of the Diagram A LP, excellently titled Human Tissue Press : Vinyl Removal (Open Mouth), is one of the classiest cut-up, clipped and jagged one-man/one-mantra meditation sessions we’ve ever ommm’ed across. Really very sweet and ahead of the game. This Providence-expat dude has been on the sub-tributary scene of bizarro solo noise junk sculpture performance for like fucking ever and, along with Noise Nomads, is one of the Eastern Seaboard’s most magnificent purveyors of random brain rip.Bull Tongue
Posted by DIAGRAM A at 4:07 PM 1 comment: 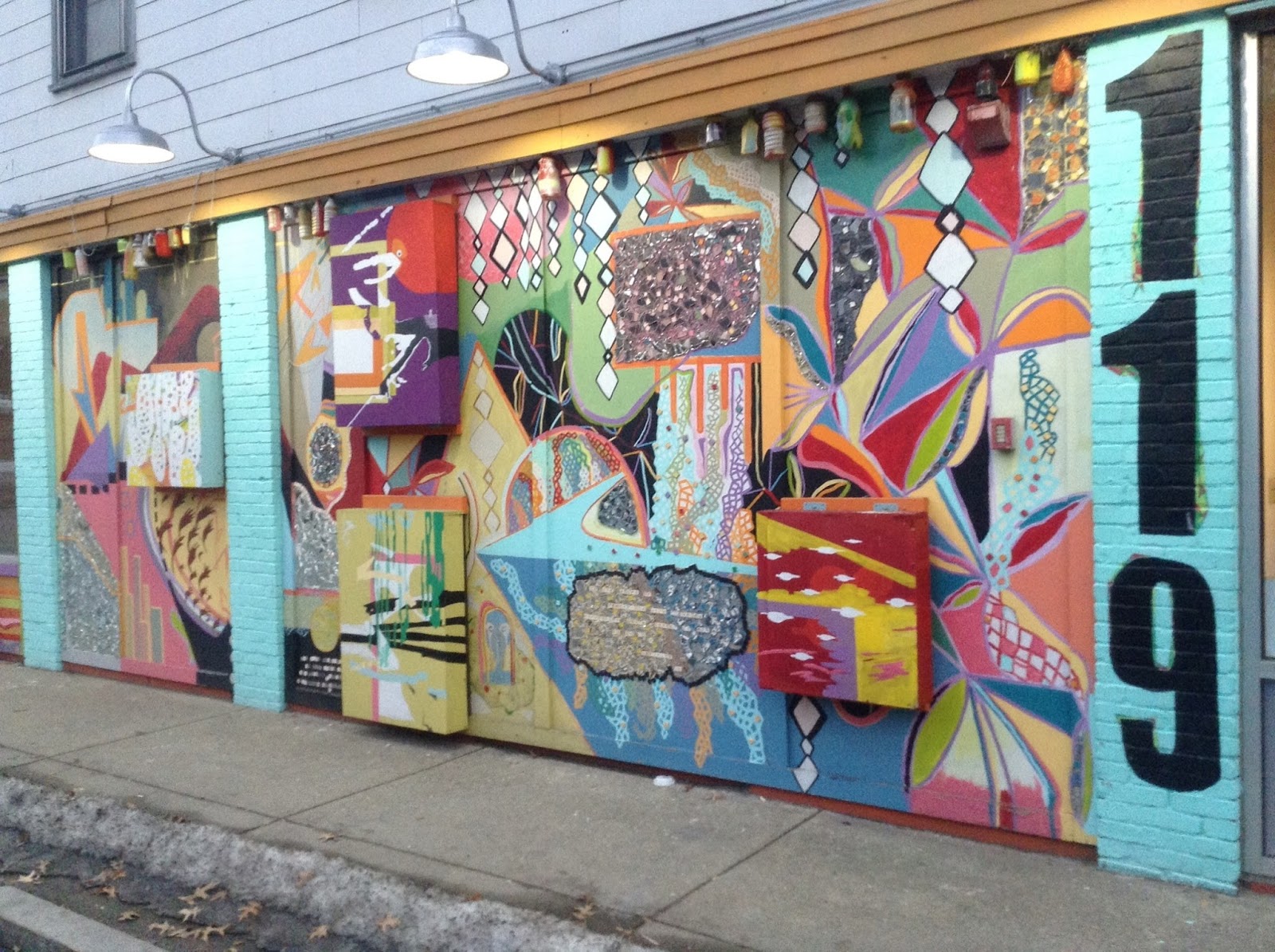 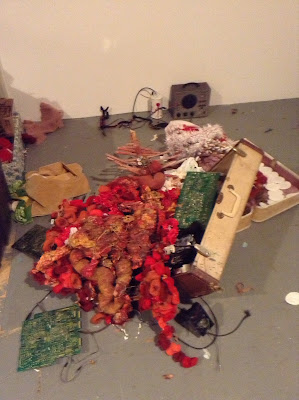 Alicia Renadette and I (Dan Greenwood) combined our styles for this sound and sculpture installation for GUTS cannibalizing past works for studio evisceration display
studio shot work in progress above.
great video of the show found here: on Alicia's Blog
Posted by DIAGRAM A at 5:59 PM No comments: 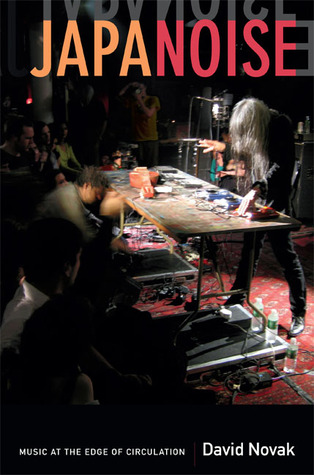 exposing the double life of noise artists Diagram A taking the "resist the machines" section with images from performance in private bunker.
Posted by DIAGRAM A at 6:16 PM No comments: 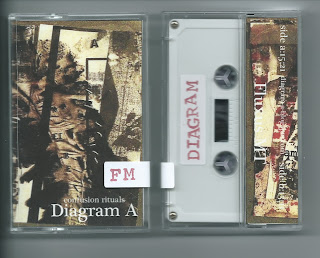 Fluxus Montana: Diagram A-Confusion Rituals (fm2):  Diagram A-Confusion Rituals 32 minutes of handmade, sputtering, crackling, dying electronics. Diagram A has been one of the best noise artists in the United States and recently has step back into the noise ring and creating some great sounds. its a real pleasure to release these two gems from him. $5 postage paid paypal at mattaggart@yahoo.com include address in message box trades welcome contact mattaggart@yahoo.com